Was It A Coincidence? 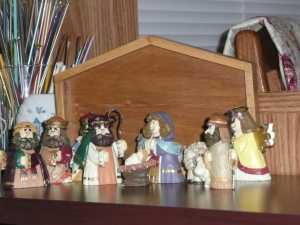 The Coincidence of Christmas

“And it came to pass in those days, that there went out a decree from Caesar Augustus, that all the world should be taxed. And all went to be taxed, every one into his own city.” (Luke 2:1-3).

We know that Joseph and Mary lived in lowly Nazareth,
and that they were relatively poor.
We also know that the prophets of old foretold
that the Messiah would be born in Bethlehem,
which is about 70 miles south of Nazareth.
And we know that somehow Joseph and Mary,
despite their financial challenges,
would need to move to Bethlehem
before the child is born.
But there is more to this story
than at first meets the eye.
An angel could have appeared to them and said,
“It’s time to go.”
And a miraculous provision could have been made
whereby the trip was rendered effortless.
I mean, Elijah’s flaming chariot
could have swooped down and whisked them away in seconds.
Or, for that matter,
the Spirit could have mysteriously transported them
like He did with Ezekiel,
or with Philip the Evangelist after he baptized the Ethiopian.
But no, it was a donkey ride for a very pregnant Mary.
Furthermore, it was necessary that Bethlehem be very crowded —
in fact, over-crowded,
so as to insure that there would be
no room for them in the Inn;
thus leaving them to the one place
no one would choose on purpose —
a stable behind the Inn,
where a manger would serve as the Baby’s bed.
And, mind you,
all this had to happen in ways
that could not be detected as divine.
So God put it in the heart of Caesar Augustus
to issue a decree that all the world be taxed,
requiring every man to return to his home town.
Thus Joseph, against his better judgment,
had to submit to the law of Caesar
and make the perilous trip to Bethlehem.
Arriving at such an hour that all rooms had been taken —
he settles into the stable and
unknowingly finds himself at the epicenter of human history.
The Bible tells us that
“God works all things after the counsel of His will.”
So while Caesar regarded himself
as the Emperor of the world,
it was the Lord of Heaven and Earth
who directed the King’s heart
to accomplish His divine will.
When we carefully examine
all the extraordinary events
that each had to occur in an exact order
and with specific timing so that
Jesus would be born in Bethlehem,
in a manger —
we cannot but be staggered at how
the hand of God worked in all these things.
This was more than mere coincidence —
it was the Coincidence of Christmas.
Let me close by asking a question.
Is it possible that the hand of God
is still working in coincidental ways today,
both in our world as well as in our personal lives,
in order to bring more and more of Jesus into our daily affairs?
And instead of murmuring and complaining
about disruptions and inconveniences —
might we all be better served by looking
for how God’s hand is working,
and then start thanking Him for what He is doing?
Rylie