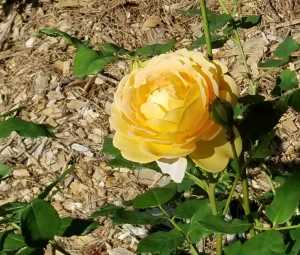 Song of Solomon 5:6
I opened to my beloved;
but my beloved had withdrawn himself,
and was gone:
my soul failed when he spake:
I sought him,
but I could not find him;
I called him,
but he gave me no answer.

The Lord, when He hath given great faith,
hath been know to try it by long delayings.
He has suffered His servants’ voices to echo
in their ears as from a brazen sky.
They have knocked at the golden gate,
but it has remained unmovable,
as though it were rusted upon its hinges.
Like Jeremiah, they have cried,

“Thou has covered thyself with a cloud,
that our prayer should not pass through.”

Thus have true saints continued long
in patient waiting without reply,
not because their prayers were not vehement,
nor because they were unaccepted,
but because it so pleased Him who is a Sovereign,
and who gives according to His own pleasure.
It it pleases Him to bid our patience exercise itself,
shall He not do as He will with His own!

No prayer is lost.
Praying breath was never spent in vain.
There is no such thing as prayer
unanswered or unnoticed by God,
and some things that we count refusals
or denials are simply delays.
~~~H. Bonar