The Name and Fame of Jesus 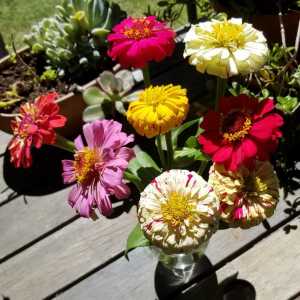 Acts 4:12
“There is salvation in no other,
for there is none other name under heaven
given among men whereby we must be saved”

Early on in His public ministry
the name and fame of Jesus spread
like a prairie fire on a windy day.
People all throughout the region—rich and poor,
king and commoner, Jew and Gentile—all heard of Him;
for His fame was ever-increasing.

His death on the Cross did not have the effect
the rulers of the day had hoped.
He rose from the dead
and His followers became invincible in their faith—
so much in fact that in ever-widening circles
the number of disciples increased vastly in Jerusalem;
and many of the Jewish priests were themselves converted as well.

Paul the Apostle, a few years later wrote,
“Finally, dear brothers, as I come to the end of this letter,
I ask you to pray for us.
Pray first that the Lord’s message will spread rapidly
and triumph wherever it goes,
winning converts everywhere as it did when it came to you”
(2 Thessalonians 3:1, Living Bible).

Jesus Christ!
He is peerless in His exaltation,
unrivaled in His Lordship,
incomparable in His grace,
invincible in His power,
unassisted in His work as Redeemer,
matchless in His mercy,
adored in His glory
and worshipped in the beauty of His holiness.

In His birth is our significance.
In His life is our example.
In His death is our forgiveness.
In His resurrection is our hope.
In His Second Coming is our consummate glory!

Isaiah spoke for us all when he said,
“Lord, Your name and renown are the desire of our hearts”
(Isaiah 28:8, NIV).

Friends, we live in a fallen world
where hostilities toward God run high and hot.
For this reason we must become men and women
of vision, passion, discipline and risk—laying ourselves out
for the high honor of one Name alone…
the name of Jesus.
~~~Rylie

Pledge your allegiance to Jesus . . . Today